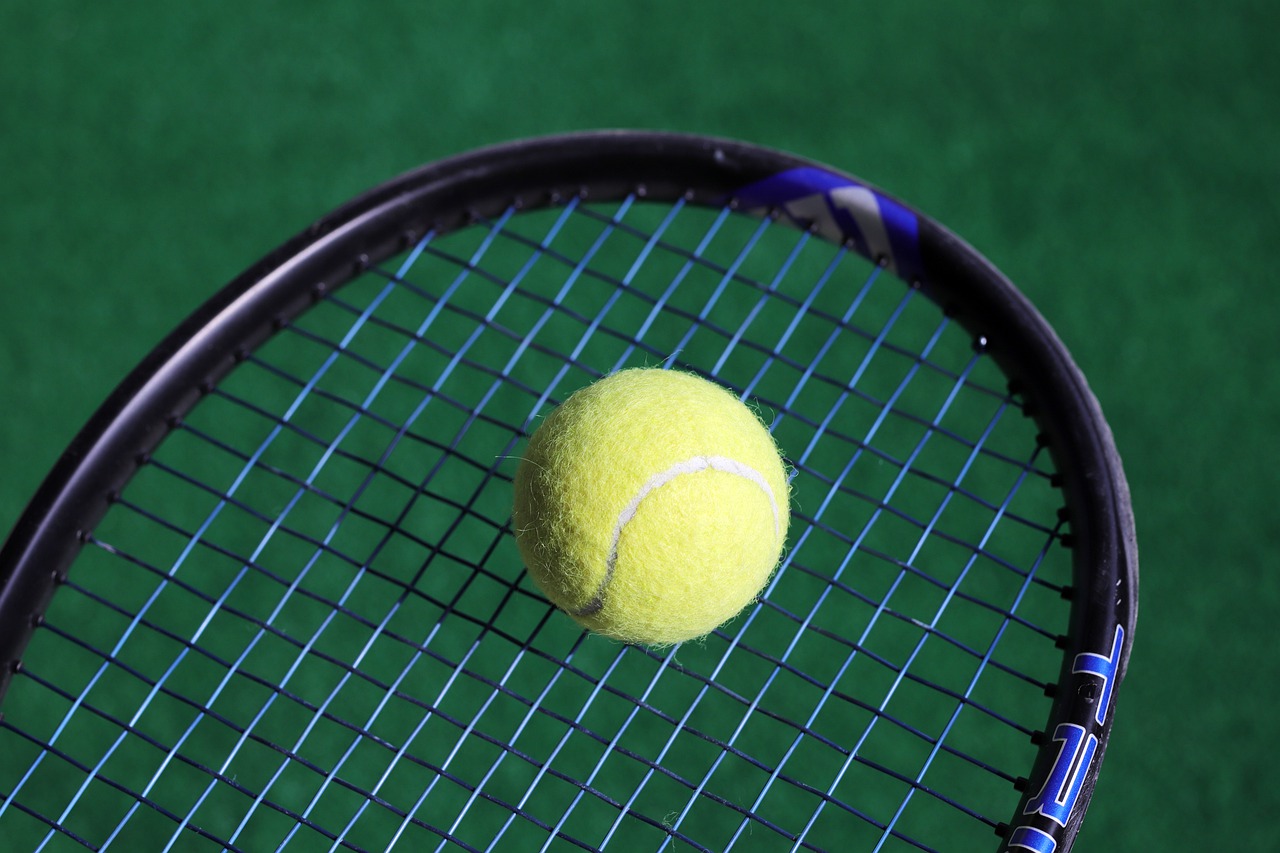 When you head out onto the court for a game of tennis, did you know that you’re participating in a sport that is more than eight centuries old? Read on to learn some

amazing details about tennis history, as well as other fun facts about this beloved sport.

Tennis is believed to have originated in Northern France in the 12th or 13th century—more than 800 years ago! Known as jeu de paume, or “game of the palm,” this early form of tennis was different in two important ways from the game that we know today. First of all, as the name suggests, players simply used the palms of their hands to hit the ball; it wasn’t until the 16th century that rackets became part of the game. Secondly, rather than hitting the ball back and forth to each other, opponents hit the ball against a wall, making the game more like squash than contemporary tennis. Interestingly, although this historic playing style is no longer what comes to mind when we think of tennis, versions of this ancient game are still played around the world today, under the names of “real tennis” in Britain, “court tennis” in the US, and “royal tennis” in Australia.

Throughout its history, tennis has long been associated with royalty and the aristocracy. In its early days, tennis was played in the highest circles only. In France, for example, King Louis X (1289-1316) was a fan of the game, and he started the trend of having indoor courts built in royal palaces. On the other side of the English Channel, tennis became popular among the aristocracy during the reign of the Tudor king Henry VIII, who was schooled in tennis as a young man. When Henry became king, some of his earliest building projects were tennis courts. In fact, the court he had constructed at Hampton Court Palace between 1526 and 1529 is the oldest existing tennis court in the world.

3. Tennis dress codes have evolved over the years.

Given that tennis has such strong aristocratic connections, it’s perhaps not surprising that when modern tennis began to be played in the 1870s, the attire was much more formal than it is today. Traditional white cricket flannels were the customary outfit for men, while women were even more encumbered by full-length dresses. Eventually, things began to change. At Wimbledon in 1932, the British tennis player Henry “Bunny” Austin became the first player to wear shorts after he decided that cricket flannels were simply too heavy.

4. The rules of tennis have barely changed in a century.

While tennis outfits have changed a great deal over the last hundred years, the rules of the game have not. Contemporary tennis uses the same set of rules that were first laid out by the International Tennis Federation in 1924, with only one exception: in 1971 the tiebreak system was introduced to prevent sets from going on too long. Other than this addition, tennis rules are the same today as they were a century ago.

Yellow tennis balls may be a familiar sight today, but did you know that until fairly recently, tennis balls were white? Yellow tennis balls came on the scene in 1972, when they were introduced by Mike Davies, a Welsh tennis player and co-founder of the World Championship Tennis organization. They were first used in a major tournament (Wimbledon) in 1986. The reason for the color change? Yellow balls are more visible to television viewers than white ones.

6. Used tennis balls from Wimbledon are repurposed in a surprising way.

Speaking of Wimbledon, it’s estimated that an astonishing 54,250 tennis balls are used there each year. Fortunately, they don’t all go to waste when the tournament is over. Some are donated to the Wildlife Trust to serve as homes for harvest mice, an endangered species in England. When small holes are made in the balls, mice can fit through, but predators such as weasels or birds of prey can’t, so the mice can make their nests in relative safety inside the used tennis balls.

As anyone who has ever watched a professional tennis match knows, hearing loud grunts and other exclamations of effort from the players is a normal part of the game. But it might surprise you to learn just how loud some of those sounds can be. According to official recordings, the on-court grunt or shriek of former tennis star Maria Sharapova could reach a volume as high as 101 decibels. For comparison, this is louder than a lawnmower, a motorcycle, and even a small aircraft landing. Amazingly, it’s about the same volume as an ambulance siren.